You are here:
Industry information 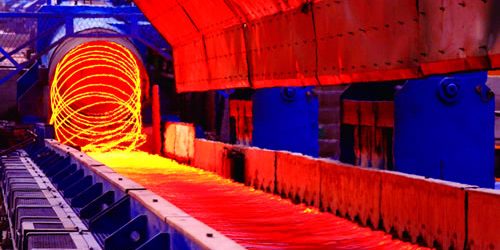 In the modern construction engineering of our country, reinforced concrete structure has been widely used. As a special building material, reinforcement plays an extremely important role. In 2016, the total amount of construction steel bars in China exceeded 200.8 million tons, becoming the largest user in China's metallurgical industry. However, the specifications and shapes of building steel bars are often complex. Generally, the steel bars produced by steel mills can not be directly used in projects, and they need to be processed in a certain process according to the requirements of architectural design drawings.

The current construction of concrete structure is mainly divided into three parts: concrete, reinforcement and formwork. Commercial concrete distribution and professional formwork technology have become more and more mature, while steel processing is relatively lagging behind, which has become a major bottleneck restricting the development of modern construction. According to statistics, at present, the total processing volume of commercial steel bars in China is only 5 million tons, so the factory processing level of construction steel bars should be improved. It has become an inevitable direction of the future development of the construction industry and an important part of the prefabricated building to realize the commercialized professional distribution of steel bars.